After dropping JR off at the airport in Memphis, TN (cue Marc Cohn music here), I cut across I-40 in Arkansas for a quick pit-stop on my way to Dallas.

Many National Parks I have visited offer sprawling landscapes, breathtaking vistas, towering mountains, pristine forests, and a variety of other awe-inspiring scenic offerings.  Hot Springs National Park offers… bathhouses.  Sure, there are a handful of (very short) hiking trails in the area, taking you up into the surrounding wooded hills, but the majority of the Park offerings seemed to be in the town of Hot Springs, AR.  This placement is very atypical of National Parks, as almost every other Park I have visited (save perhaps Cuyahoga Valley) eschews man-made structures in favor of unspoiled natural beauty.

I will admit that my experience here may have been dampened by the fact that it was overcast and drizzling during my visit, but Hot Springs National Park was set up in such a way as to funnel visitors to ‘Bathhouse Row,’ more of an historic district in the town than a prime National Park stop.  Nevertheless, I had made the pilgrimage to this particular Park, and tried to make the best of it.  Upon my arrival at the Fordyce Bathhouse, a guided Ranger tour was just starting.  Joining a ragtag group of retirees and young families (it was a Sunday morning and the bathhouse boasted more visitors than it may have otherwise), I was led through the building and informed of the myriad of horrors that the bathhouse’s ‘patients’ had suffered in the early 20th Century.  Apparently, back in the proverbial day (the bathhouse operated from 1915-1962, the mineral-rich waters of Hot Springs National Park were prescribed by doctors for poor, unfortunate souls suffering from just about any ailment, provided they could afford it.  For a tidy sum of hard-earned early 20th Century money (for we all know money was harder to come by at this time), men and women, in separate sections of the bathhouse, could be scalded, blasted, boiled, compressed, contorted, and in some cases, soaked in mercury at the historic Fordyce Bathhouse.

The tour was interesting, and better yet, free, but if the Fordyce Bathhouse is the highlight of Hot Springs National Park, I submit a candidate for most disappointing National Park in the entire Park Service.  Signs near the Visitor’s Center indicated that the majority of the hiking trails in the Park were closed (I was there in mid-October when Fall foliage would have been ideal to view), and it seemed that the focus of the Park was to get you to tour the bathhouses and shop at nearby businesses rather than enjoy the natural beauty of the area. 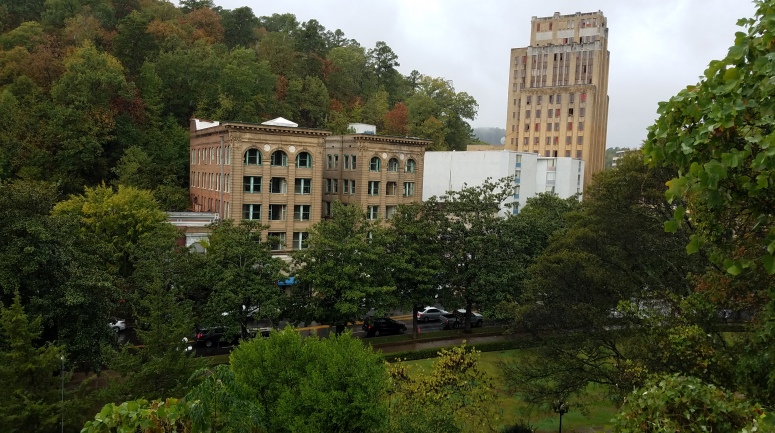 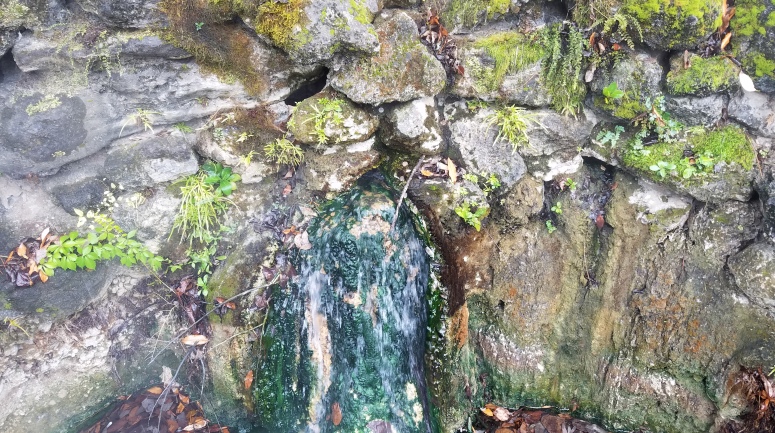 If you happen to find yourself in Central Arkansas, it may be worth a visit (especially if the hiking trails open back up), but unless you’re on a quest to visit all 59 National Parks or are craving a hot soak in natural mineral water, you can probably skip this particular Park.  I have never roundly criticized a National Park prior to this post, but I firmly believe Hot Springs needs to be taken to task for masquerading as a National Park.  It’s a fine area and historic district on its own, but putting Hot Springs in the same category as Olympic, Yosemite, Grand Teton, Rocky Mountain, and other heavy-hitters seems akin to comparing Notre Dame to NFL teams.  Sure, Notre Dame is a great team with a high degree of historical significance, but would you put them on the field against the Green Bay Packers?  Definitely not.