Washington.  Jefferson.  Roosevelt (the better one).  Lincoln. Anderson.  Ok, that last one might be a bit of an exaggeration, but who knows?  Did anyone think Barack Obama or Donald Trump would be president 20 years ago?

The drive from Wind Cave National Park to Mount Rushmore takes about 50 minutes, but it’s not one you want to rush.  The landscape for the first 2/3 of the drive is the same beautiful Black Hills backdrop found along much of the Wind Cave National and Custer State Park roads, but once you reach the meandering stretch about 15 minutes from the Memorial, it becomes apparent that you’re about to encounter something noteworthy.  Mount Rushmore itself, formed by Mother Nature millennia before Gutzon Borglum orchestrated the chiseling of the mugs of our most renowned elected leaders, seems to exude an air of preeminence and majesty.  Stark rock formations seem almost to have been built into the mountainside by some unknown force, and trees grow out of impossibly precarious ledges and crevices in the granite.  My mid-afternoon drive to the Memorial comes to a halt as I wait in a moderately busy line of cars to pay my $10 parking fee and enter into the sightline of our forefathers. 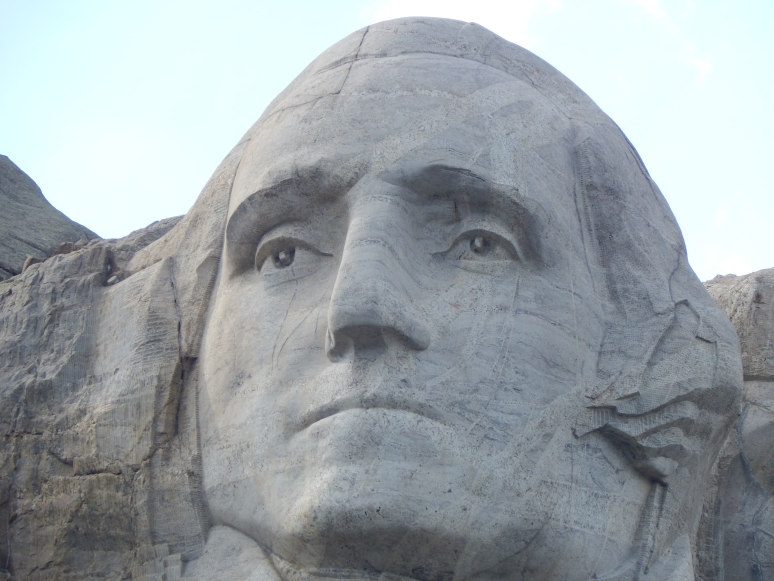 The parking lot at Mount Rushmore is perhaps the second most interesting sight at the National Memorial.  In the one small section of Parking Garage 2 (of 5), I noticed license plates from over 25 states and at least four Canadian Provinces.  As remote as this mountain seems, people from all over North America, and all over the world, make the pilgrimage to this small corner of South Dakota to gaze upon the masterfully hewn stonework.  The temperature is in the mid-80s, and as I approached the steps leading up to the viewing platform, I passed hundreds of onlookers abuzz with activity.  Nearly a quarter of the crowd was eating ice cream, procured, no doubt, at an exorbitant price from the tourist shops nearby (the allure to which I was not immune, as I myself purchased a postcard and sticker therein).  I smiled as I quickly realized that I was hearing more foreign than native languages amongst the Presidential revelers. 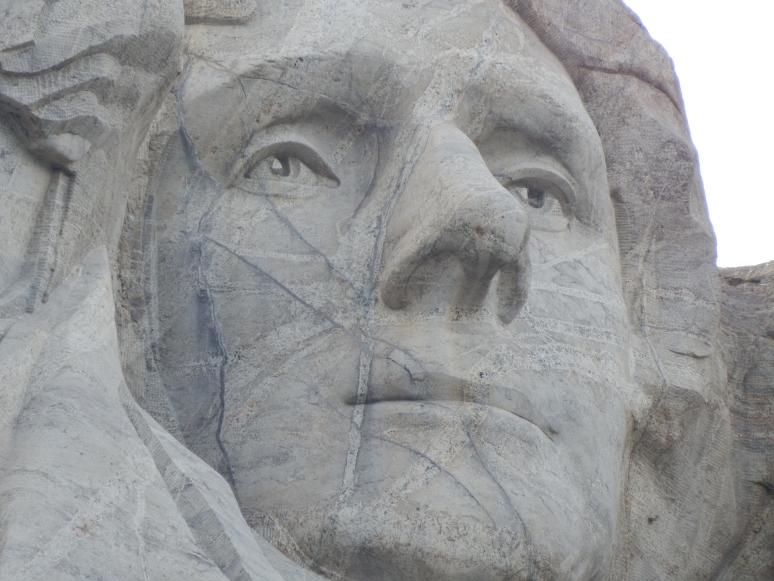 Mandarin, Japanese, Italian, Spanish, French, Dutch, and one or two Eastern European languages I could not specifically identify crisscrossed the viewing paddock like heavy highway traffic.  Walking by a group of Hispanic men in their mid-40s replete with full-sleeve, face, neck, and scalp tattoos jovially arguing over whether they had navigated a certain pathway on their last trip to Mount Rushmore, I stopped for a moment to reflect on how singular a thing it is for this collection of people to come together for the enjoyment of a single purpose.  These were gentlemen of whom, under different circumstances, I might have feared and avoided based on their appearance.  As they meandered past a young Chinese boy eagerly consuming his vanilla soft-serve cone, it became clear that this mountainside was the perfect place for this kind of cross-cultural interaction.  In each of their own ways, the four men depicted on the rock face above us helped sculpt the modern United States, for all its flaws, and allow tattooed Hispanic bikers, Chinese tourists, and scraggly bearded white guys (yours truly), among others, to, on one day on one mountain, share a moment of appreciation for four granite goliaths.
There is a short path leading up much closer to the Memorial than the viewing platform allows.  This path requires a decent number of stairs, and I did notice that no one over the age of 70 seemed to be availing themselves of it for a better view.  It’s worth the extra 30 or so minute walk if you are physically capable, however, to get close enough to see the details on the faces of the Sentinels-In-Chief.

The entirety of the National Memorial can be appreciated in under two hours (that’s about how long I lingered at the site), and should definitely not be done in under one hour.  You’ve come so far to see such an impressive combination of natural wonder and human engineering; take some time to sit down and bask in the glow of some of the most influential American minds in history.  Without Washington, there would be no America.  Without Jefferson, we wouldn’t have acquired half the country.  Without Roosevelt, public lands like Mount Rushmore would not have been protected.  Without Lincoln, not all Americans would be free to experience the Memorial for themselves.

Haiku:  An ode to Abe Lincoln’s lazy eye
Honest Abe looks on
Not but his eye was lazy
Sees the way forward 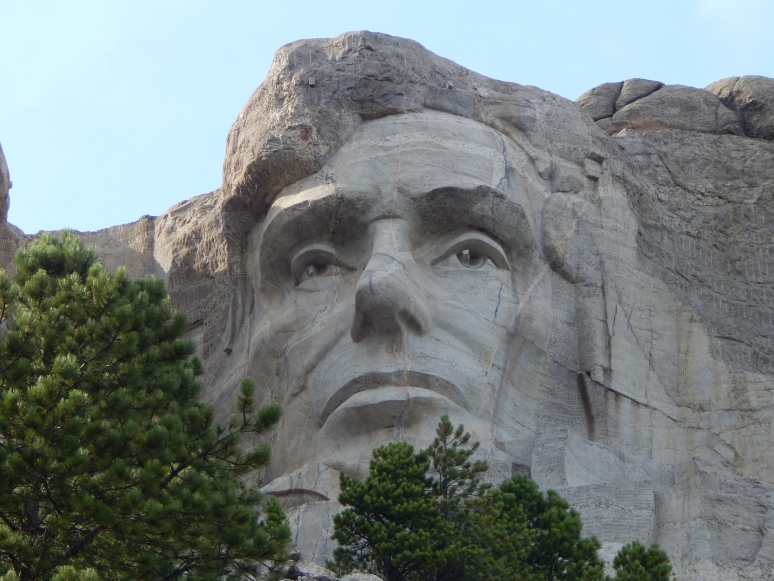