Crust:  5/10; had a decent crunch to it, but clearly came store-bought.

Filling:  5/10; again, store-bought and most definitely a canned filling – these apples were processed in a large warehouse, not in a small kitchen.  Disappointing.

Presentation:  5/10; the picture says it all.  While it looks appetizing for the most part, my waitress threw that puppy in the microwave, plopped a less-than-generous scoop of ice cream on it and haphazardly presented it to me.

Taste:  6/10; I hate to admit this, but it still tasted alright, even given that it was so obviously a store-bought pie, but that’s the highest score anyone will milk out of me for a store bought pie…

Overall:  27/50; 2.5 slices – The epitome of average, you’d be just as well off spending a little more money on a full store-bought pie and a pint of whatever local standard ice cream is available in your area. 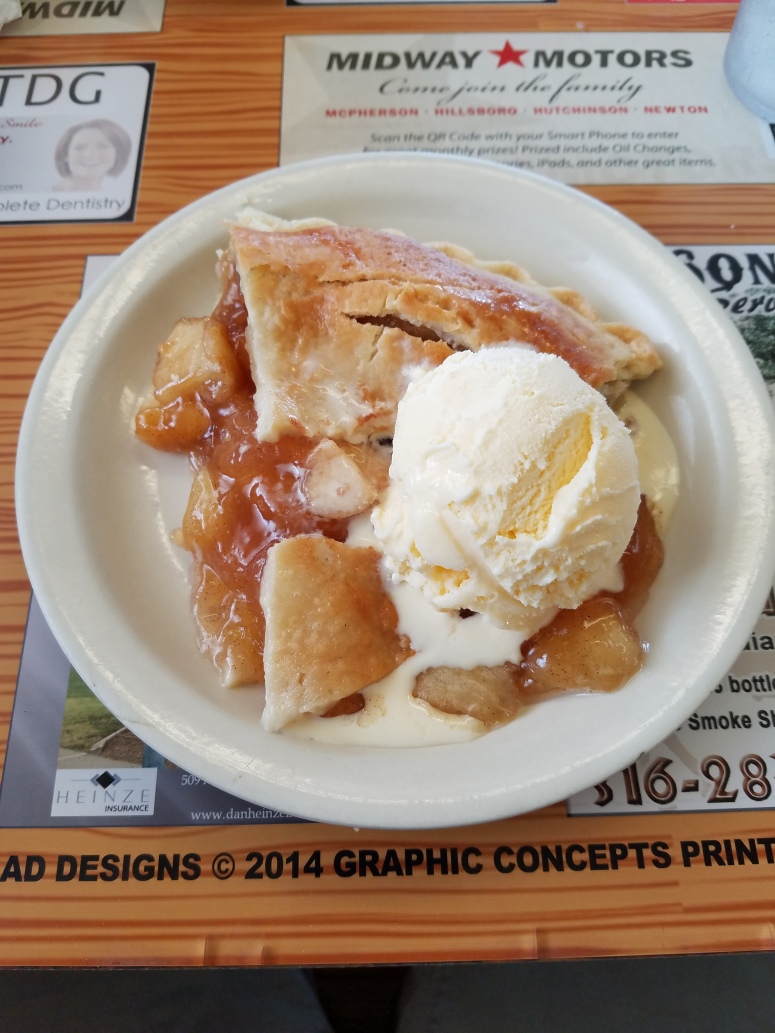