Caves are, to me at least, always a surreal experience.  Hundreds of feet below the surface of the Earth, amidst catacombs formed over the millennia where the sun, in all its powerful light, has not even thought to venture.  As a brief visitor, you are but a dust speck on its shoe or a droplet of water passing over its lips in one second of ten million lifetimes of man.  However, such surreal experiences can come crashing back (up) to Earth when surrounded by those who do not venerate the cave as they should.  This was the case in my recent tour of Wind Cave on 8/14/17.

The eponymous ‘Wind Cave’, as I was informed by the charismatic yet no-nonsense Ranger Justin, who so carefully guided 30+ visitors, mostly from Minnesota and Wisconsin judging by their thick accents and affinity for discussing the Green Bay Packers’ preseason schedule throughout the tour, is indeed still being discovered and mapped to this day.  Geologists estimate that only 10% of the entire cave system has been explored, and less than 1% is accessible to the public.  Our 90 minute tour only took us through a portion of the accessible tunnels, so extrapolate that out by a factor of 100 and you still don’t have the full breadth of the cave in your mind.  Upon my departure from the cave system, I wondered how many unexplored passages lay beneath my feet and car tires elsewhere in the Park.

As you have to explore the cave as part of a Ranger-guided tour (a necessity given the delicate and complex nature of the cave system and mankind’s propensity to ruin things they aren’t supposed to touch), close-quarters interaction with others is, unfortunately, required.  Between the elementary-aged children’s incessant attempts to out-burp one another, their mother loudly grumbling every 2-3 minutes about how much her hip was bothering her (the number of stairs, 450, was explicitly advertised prior to the start of the tour), and the futile attempt of two older gentlemen to stray from the group and explore the cave sans-Ranger, neither Ranger Justin nor myself were ingratiated with our group as a whole.  As these rambling complaints may style me as a crotchety old man, I will take a moment to recompose myself and note to the reader that these distracting annoyances could by no means wholly detract from the wonder and majesty of the unique boxwork (pictured below) of the cave itself.  The Fairgrounds Tour, which takes visitors down 21 stories in an elevator of questionable reliability, is just one of a variety of tours available in Wind Cave, the longest of which is the four-hour Wild Cave tour, requiring both crawling through small gaps on hands and knees and advanced reservations (I had planned for neither).  Any opportunity to tour Wind Cave should be seized upon, should you find yourself in this remote corner of South Dakota.  I might also recommend the Natural Entrance Tour, which was, alas, full at the time of my arrival. 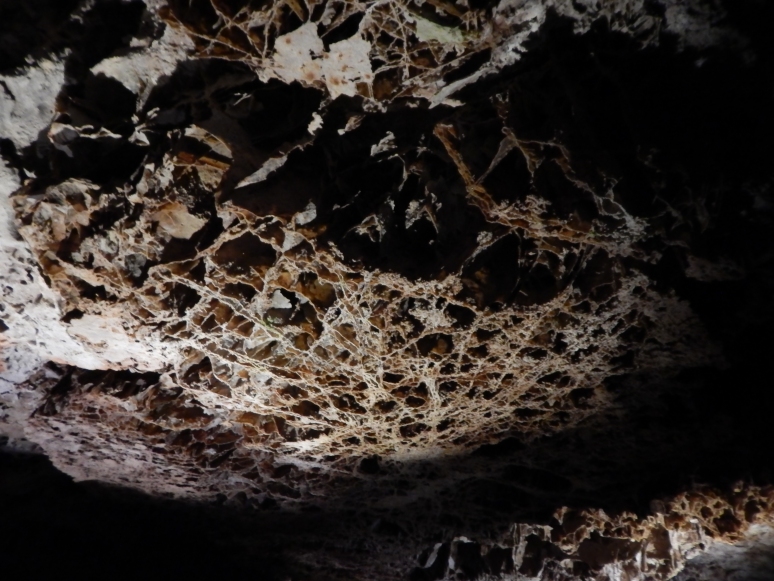 Wind Cave National Park is not just the cave site, however, as is (predominantly) the case with Carlsbad Caverns National Park in New Mexico.  The Park also consists of a large area of rolling hills and prairie in the Black Hills of southwestern South Dakota.  Buffalo, prairie dogs, elk, owls, and a host of other wildlife make their home in the above-ground portion of Wind Cave (only some obscure microbes and small water bugs live in the cave system full-time).  These creatures are on full display as soon as you enter the Park boundary, with the occasional buffalo scattered across the plain, prairie dogs scurrying along seemingly every highway shoulder, and a variety of birds flittering from tree to tree, no doubt on the prowl for any of the multitude or large insects or small rodents populating the tall grasses. 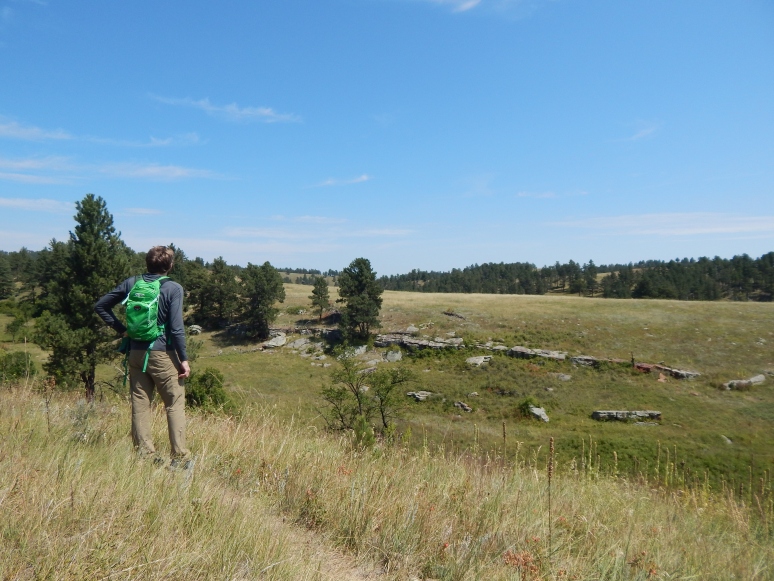 My lodging for the two evenings I spent in the Park, Elk Mountain Campground, was a clean, quite campground consisting of separated tent and RV campsites (always appreciated by tent campers).  At $18/night with potable water and flush toilets, this site is one of the more affordable and accommodating that I have encountered in the NPS.  My pleasure with the campsite itself would soon morph into a perturbation with Mother Nature, as she saw fit to rain on my secluded little corner of the Black Hills from dusk until dawn both nights of my stay.  Her literal and figurative dampening of my spirits, however, was soon lifted by an unexpected and unfamiliar alarm clock this morning.  The loud and distinct guttural sounds of elk could be heard at the break of dawn, close enough to startle me awake but far enough behind the nearby hills that I could not see them from my tent pad.  Remarking silently on the hundreds of jarring alarms which had signaled the time to arise for school or work, I quickly forgave the downpours, packed my still-damp tent into my car, and made for Devil’s Tower National Monument in Wyoming. 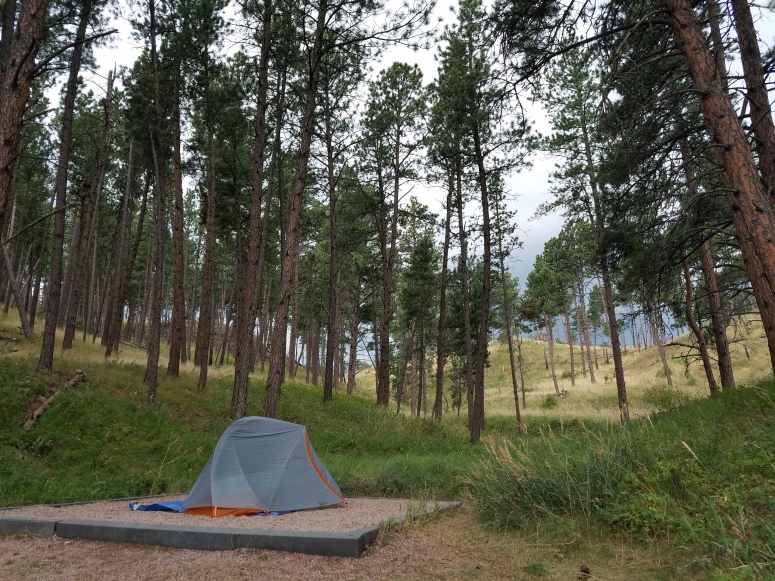 Finally, I will share a brief and shaky video taken of a dragonfly I observed while on a short hike off the main road through Wind Cave National Park on the way to Custer State Park.  Apologies for the movement of the camera, as it was quite windy (the Cave is thusly named for different reasons), which is evident by the struggle of the dragonfly to stay aloft the plant to which he clings.